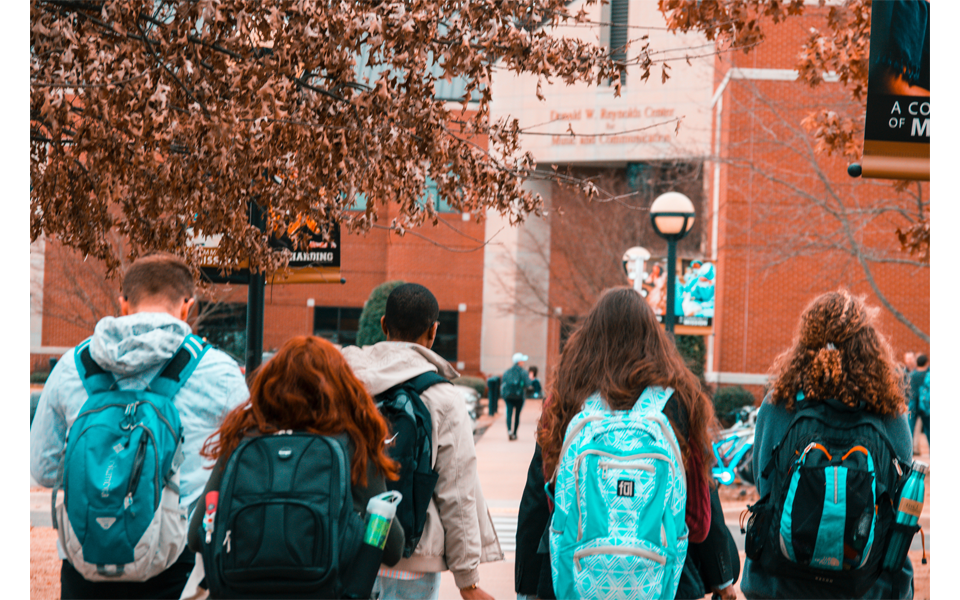 In this blog, Rachael McKeown explores different ways of identifying groups of young people who are more likely to experience health inequalities. We share findings from a survey of professionals about how useful they find protected characteristics and inclusion health groups as capturing young people’s needs.

There have been attempts to classify and organise groups and characteristics to recognise the needs of different individuals. Namely, these include protected characteristics and NHS England’s inclusion health groups. It is worth noting that as of yet there has not been a specific focus on young people within these frameworks and they aren’t directly concerned with health inequalities per se.

Protected characteristics provides a classification for understanding inequality within the Equality Act of 2010. It means that it is against the law to discriminate someone because of:

NHS England have developed a list of all people who are socially excluded within ‘All Our Health’. The inclusion health group includes:

Are these existing frameworks relevant for young people’s health inequalities?

Between June and July 2021, we surveyed a total of 39 stakeholders whose work is specifically related to young people’s health inequalities. In the survey we asked respondents whether they found either of the existing lists helpful for their work. There was a general sense that the lists aren’t entirely relevant when relating to young people’s health inequalities. This is partly because listing characteristics or groups ignores the interacting and intersecting nature of different parts of a person’s identity.

“This is far too high level to be useful“

We also asked respondents whether each of the lists covered everything that we need to know in relation to young people’s health inequalities. The results show that the majority of stakeholders (71%) did not think the protected characteristics list covers everything they needed it to cover. There is a much more mixed picture for the inclusion health groups and there is uncertainty relating to whether the list is complete or not. 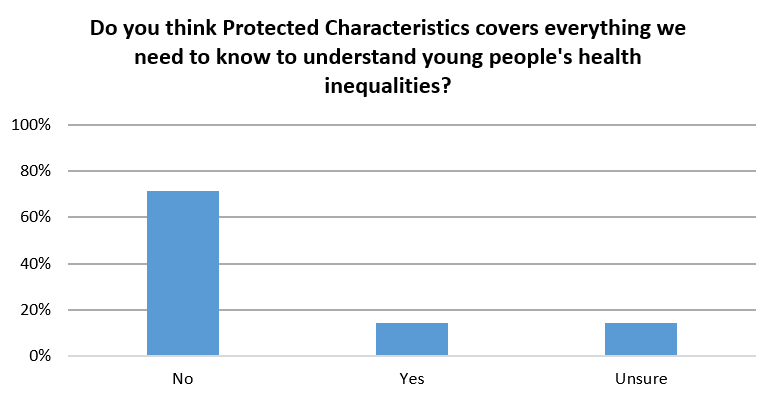 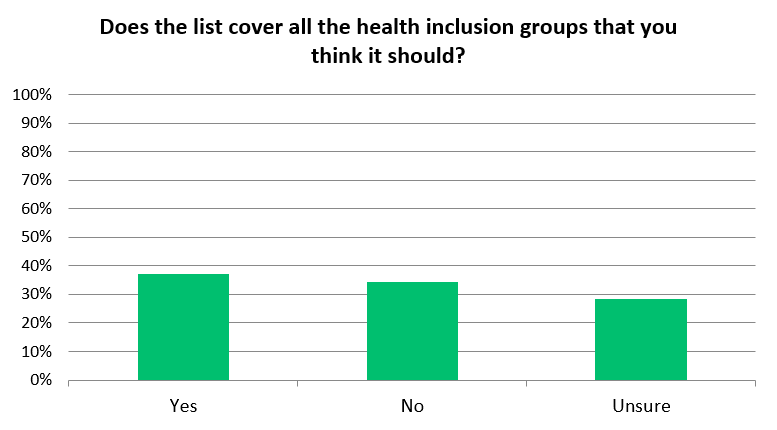 Which groups of young people are missing from the lists?

When probed on what stakeholders thought was missing from the lists, we noticed that there was relevant cross over between both lists. So, what stakeholders deemed to be “missing” from the protected characteristics list was in fact included within the inclusion health groupings and vice versa. There were two notable exceptions that are not currently captured in either list:

This is important as we know that these two groups of young people may be more likely to experience health inequalities, yet they may not be considered within systems or practice if they are not referred to in either of these lists. The exclusion of these groups highlights how existing frameworks are not primarily focused on meeting the needs of young people. The Show Us You Care Too campaign calls for “care experienced” to be added to the list of protected characteristics.

The Office for Health Improvement and Disparities (OHID) (previously Public Health England) have produced a helpful diagram showing the overlaps between the different lists and other aspects of inequality. This could be used by professionals to help inform how their work fits into the diagram and who might be more likely to experience health inequalities. 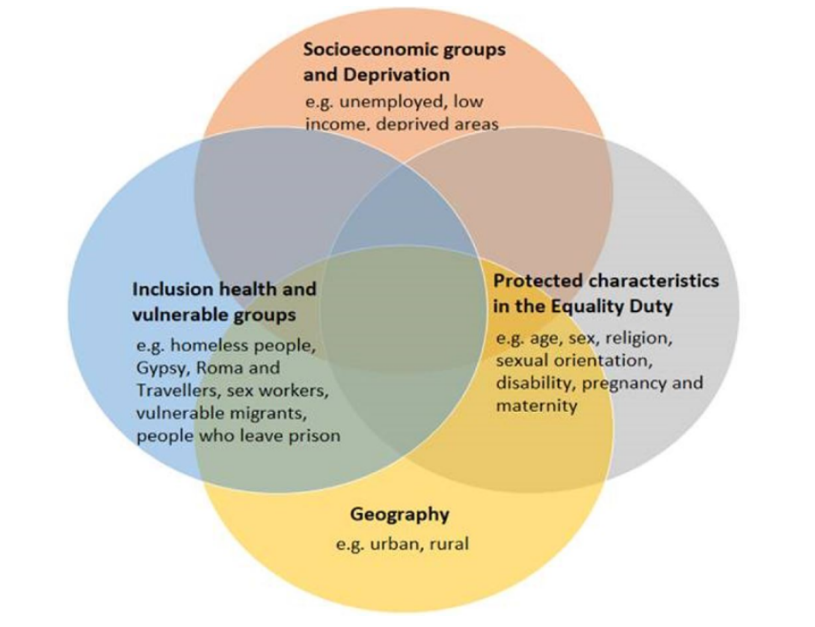 This survey was carried out as part of our wider health inequalities policy programme. The full set of results from the survey described here have been compiled into a report and a guidance poster on how to talk about young people’s health inequalities.

Please get in touch if you would like more information: rachael@youngpeopleshealth.org.uk