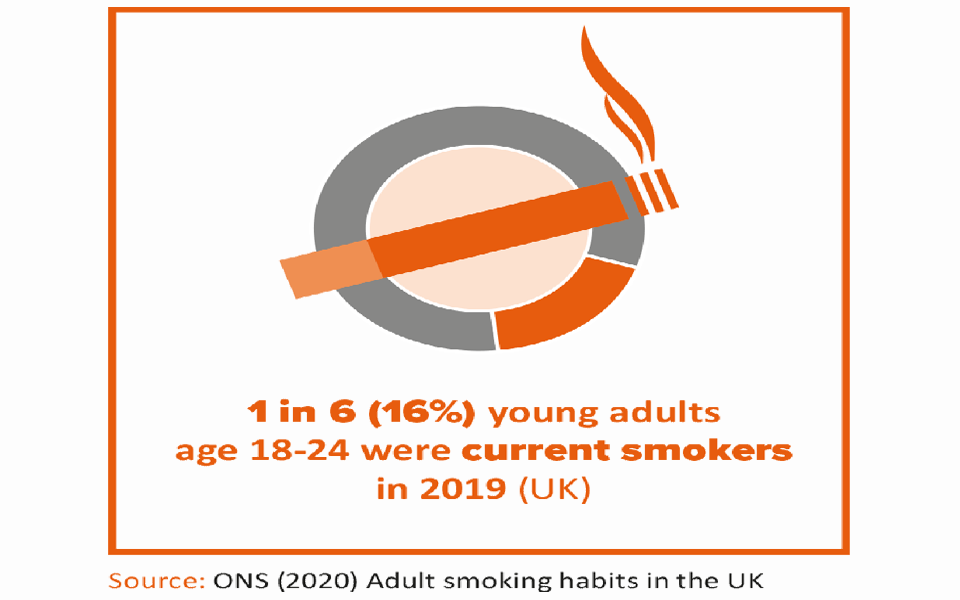 In this blog post, Rachael McKeown presents the latest data on smoking and alcohol consumption among young people. There are historically low rates, but these averages hide variation among different groups of young people. Reflecting on some of our recent consultation responses, we outline our policy recommendations to prevent unhealthy behaviours developing in adolescence.

Adolescence is a key period when young people gain increased independence and engage in activities such as drinking and smoking for the first time. Habits formed in this time can potentially stretch out into adulthood, as it has been estimated that for every three young smokers only one will go on to quit. Unhealthy behaviours can have consequences on young people’s health now, in the present, but also across their lives. There are health dangers of the links to cancer and disease, alongside social concerns related to increased anti-social behaviour.

What does the data say on trends and health inequalities?

Recent data are less clear for alcohol consumption, with slight rises for 15 year olds and higher rates of drinking among young men aged 16-24. Smoking rates are also highest for young people aged 16-24. We are also concerned about the high prevalence of young women aged 24 and under who report smoking during their pregnancy. This suggests that interventions to reduce smoking and alcohol consumption should be focused on this older age group.

There also needs to be a focus on the experiences of different groups of young people. Data from Wales show emerging health inequalities in smoking rates. In 2017/18, 31% of White Gypsy / Traveller young people reported smoking on a weekly basis, compared to 3% of White British young people. The low average rates hides these potentially high rates for some young people and we must support them with specific interventions.

We do not know yet what the impact of Covid-19 and lockdown periods has been on young people’s relationship with alcohol and drinking. Social events have been limited, with bans on nightclubs and festivals, which may have reduced uptake. Although there are concerns that drinking rates in the home have increased for some young people, particularly young women and those with existing mental health problems. Our own engagement work with young people experiencing inequality suggested that some young people used alcohol, smoking and drugs as coping mechanisms during lockdowns.

So, what more can be done to protect young people’s health from the harms posed by alcohol and smoking?

Reducing rates of smoking and drinking remains a top priority for UK Governments. We support efforts to reduce consumption rates in young people and think that interventions should be targeted at groups of young people who are more likely to engage in these behaviours.

At AYPH, we have recently responded to two policy consultations on these topics. The Treasury’s plans for reforming alcohol duties will make high percentage alcohol products more expensive. However, we do not believe that the proposals go far enough to deter young people from developing unhealthy relationships with alcohol. The proposals will make certain products cheaper, such as cider and alcopops, which are already popular among young people. The Welsh Government’s tobacco control strategy outlines important strategies to protect the health of future generations from the harms of smoking, which we support.

Our policy recommendations on both smoking and drinking focus on early intervention in adolescence to prevent unhealthy behaviours developing.

There are some overarching suggestions for both: